RB&K composed La Blonde Bistro's corporate identity with stylistic reference to the Art Nouveau architectural style, popular in France in the early 20th century. Alongside the logo, RB&K created the entire branding of the restaurant, including hand-drawn illustrations, print media, and window design. The title font and illustrations were crafted from scratch to resemble the stained glass designs of Art Nouveau and achieve harmony with the complexity of the logo. 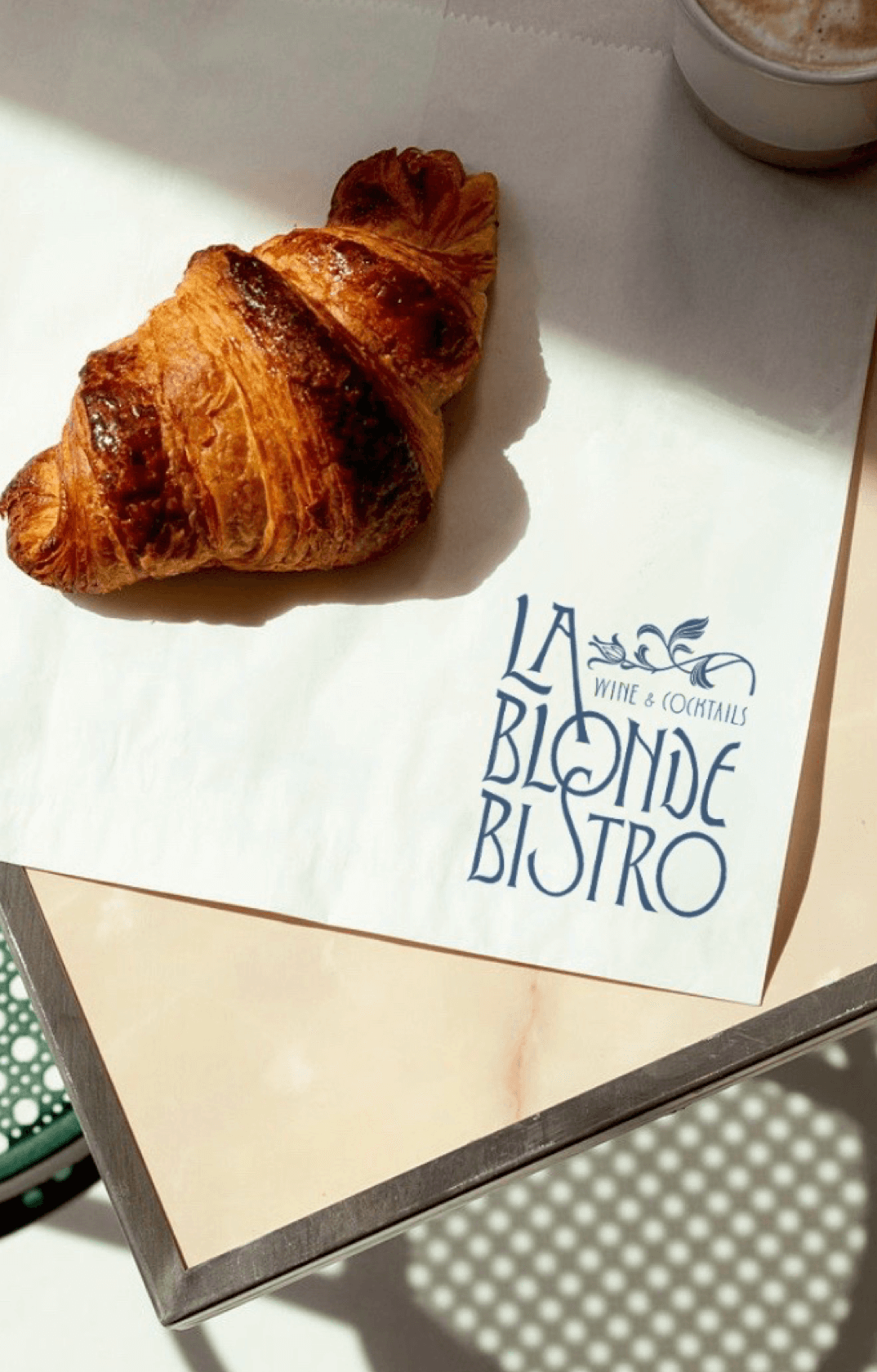 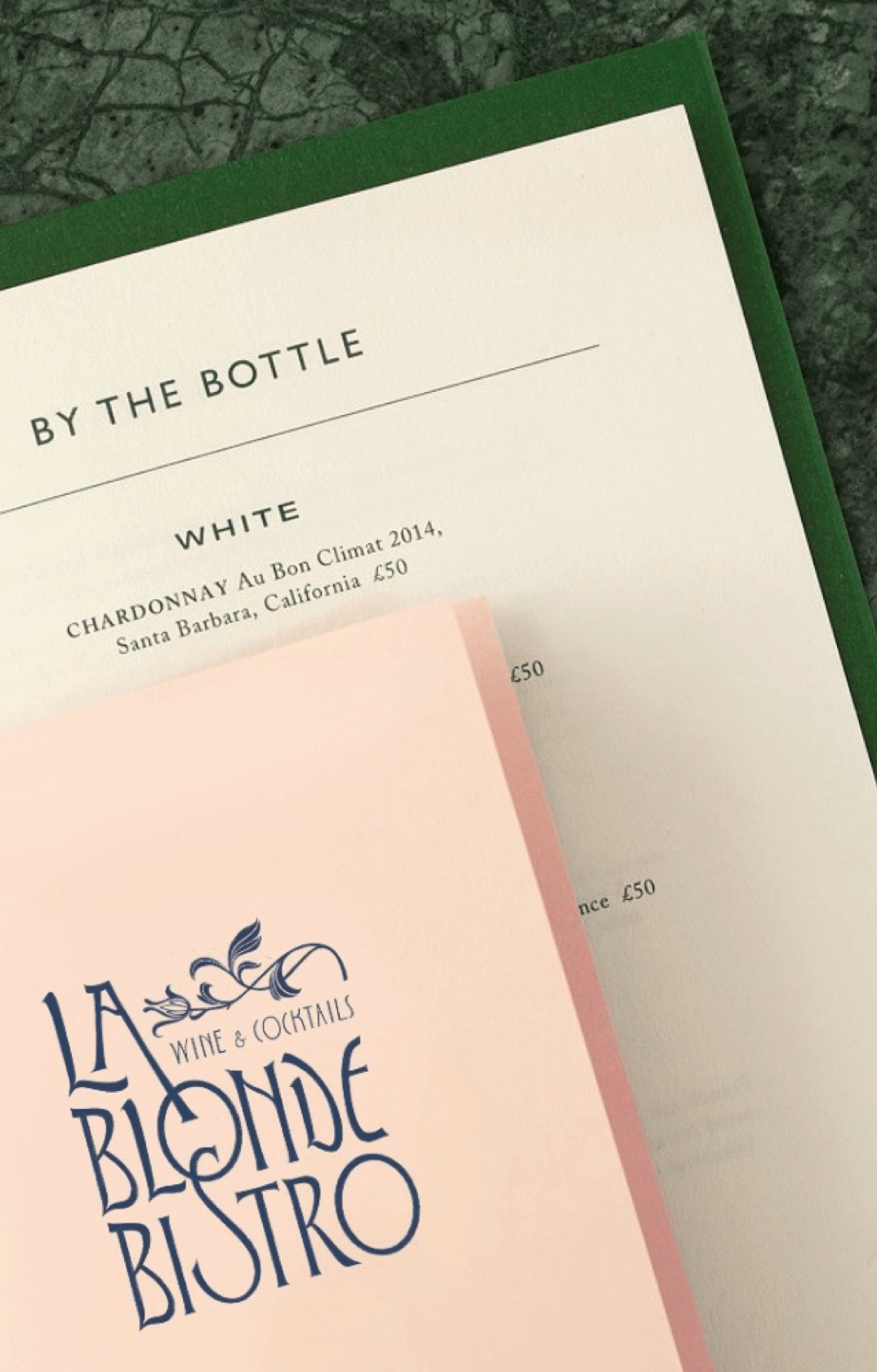 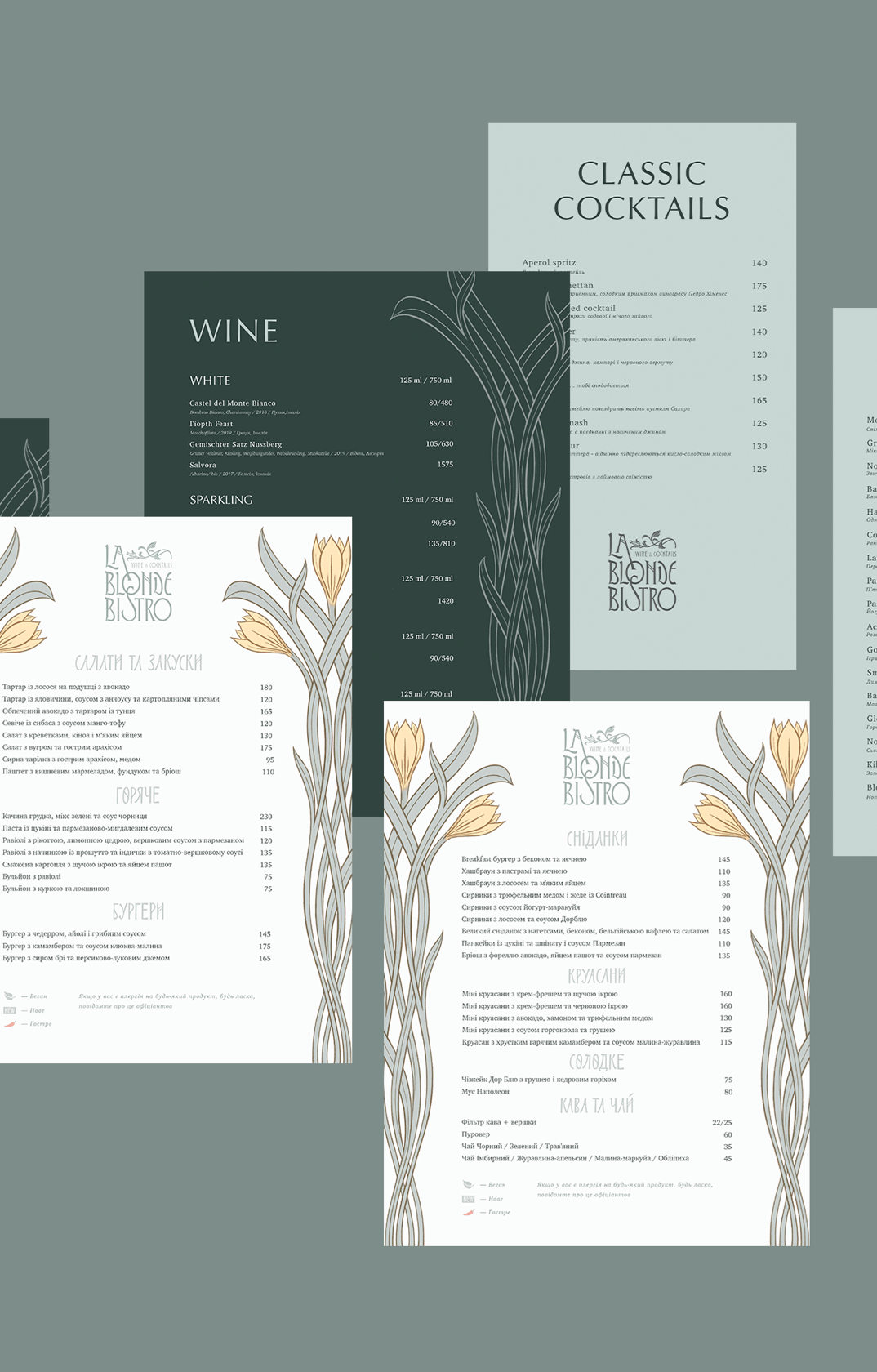